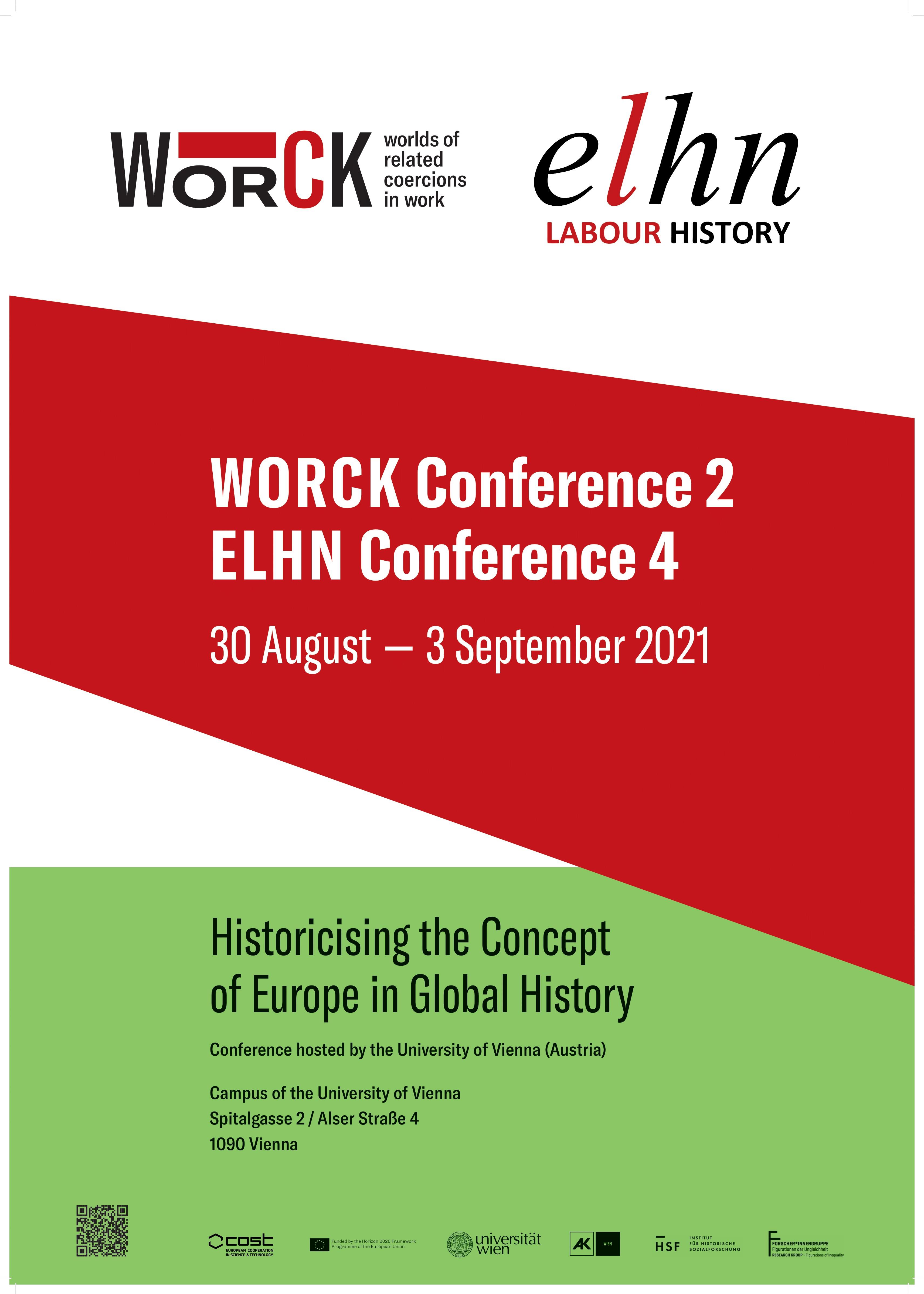 Welcome to the publication platform of the scientific network Worlds of Related Coercions in Work (WORCK), funded as COST Action CA18205 by the European Union (2019-2023).

WORCK calls for a radical change of perspective in labour history. It suggests a new analytical framework for the understanding of labour and power relations by studying the persistence and transformation of coercion across gender orders, geographical regions and historical eras. The network members – about 150 scholars from 40 different countries worldwide – link the stories of work and production with those of violence, expropriation and marginalisation. They study processes, dynamics and experiences of labour coercion in a wide array of historical settings ranging from the plantation, the army regiment, the prison camp, the mine, the household and the factory and the connections between such sites. They explore work ranging from wage labour to the most precarious forms of non-commodified work from the ancient world to the present.

This data story is the product of a group of eleven history master students at the University of Vienna.

Claiming a Runaway Slave in the Holy Roman Empire: The Case of Samuel Johannes (1754)

In the early morning hours of March 26, 1754, a lone man secretly left the Moravian communal settlement Herrnhut in the margraviate of Upper Lusatia. His name was Samuel Johannes (sometimes Samuel Johannes Felix), he was a Moravian, and he originally hailed from Southern India.

From the late eighteenth century on, domestic slavery, until then the most common form of domestic work in the Ottoman Empire, began to decline because of the social and economic changes affecting Ottoman lives and households. In the second half of the nineteenth century, this decline sharpened due to a series of anti-slavery acts and regulations.

In the Later Roman Empire (3rd to 6th centuries CE) rural tenancy became much more regulated than previously. During the first two centuries of the Roman Empire, this social relationship was understood as a contract between landowner and tenant, an agreement regulated primarily by local practices, customs, and laws that was only rarely the object of imperial ruling (Neeve 1984; Kehoe 2007).